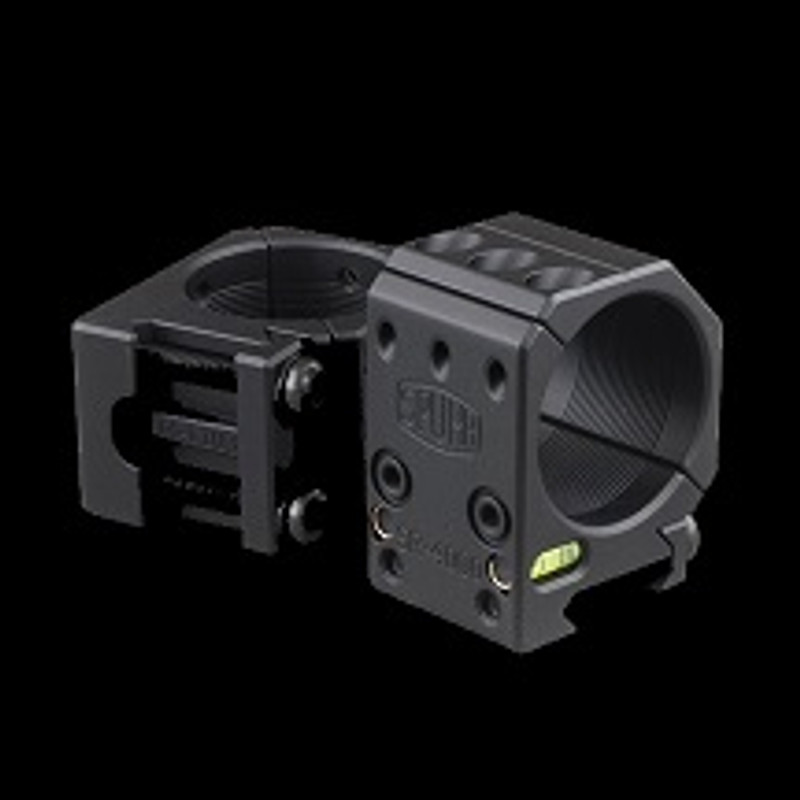 Rear ring has a built-in level, that is somewhat smaller and not as visible as on the unimount. Dual level vials allow the rings to be mounted for a left handed shooter.

Also available Spuhr A-0080 and A-0081 – Tools for leveling the scope when mounted with separate rings.

Patriot Defense | Tanfoglio Interrupter R7   Parts included: R7 Interrupter & Pin NOTE: For a trouble free install with the R7 interrupter we recommend you have the Xtreme Sear and...

Patriot Defense | CZ 75 Series Aluminum Grips The Patriot Defense “name” grips are hands down the most aggressive and ergonomically pleasing grips on the market made for CZ and...