"I recently had the opportunity to shoot in the Rocky Mountain Steel Quest “RMSQ”, put on by Competition Dynamics (http://competition-dynamics.com/) a few weekends ago outside Douglas, Wyoming. The RMSQ is a 'hike and shoot' rifle match similar to the steel safari that they host in Logan, NM each summer. The match tests the full spectrum of getting to a shooting station, identifying targets, and engaging long-range rifle targets within a 5 min shot clock. Some of the skills needed to successfully engage targets included target recognition, ranging, wind doping, and ballistic data management, marksmanship under field conditions, non-standard shooting positions, and rudimentary trail skills." - JoAnna Wilson

This was my 3rd competition-dynamics competition to attend and my first solo shoot without a shooting partner to share some of the task you encounter at each shooting station. The match is fairly straight forward with two days of shooting different courses, each with 9 stations, and each offered their on challenges. The RMSQ in addition to rifle stages had dedicated pistol stages; as well as pistol shooting challenges thrown in with a few of the rifle stages. The pistol stages had 15 various sized steel targets scattered across a “move-and-shoot” type stage that allowed the shooter to locate and engage targets on the move (3-gun style). These stages where extremely fun and really pushed your pistol shooting skills engaging targets out to 30 or so yards on some shots. Rifle stages where either one shooting station with 6 targets or 2 shooting stations with 3 targets that had to be engaged from each station. You end up covering roughly 3 miles of hiking; transiting between shooting stations to complete a course each day all while carrying the necessary gear and equipment you may need to complete the shooting challenges. Each shooting station has a time limit of 5 mins to complete by locating, ranging, and engaging all targets. The RMSQ was divided up into two shooting classes, rifle and carbine. Rifle shooters could only engage a target with one shot and could not re-engage a target once it had been engaged. Carbine shooters where allowed as many shoots as needed in order to get a hit on a target. 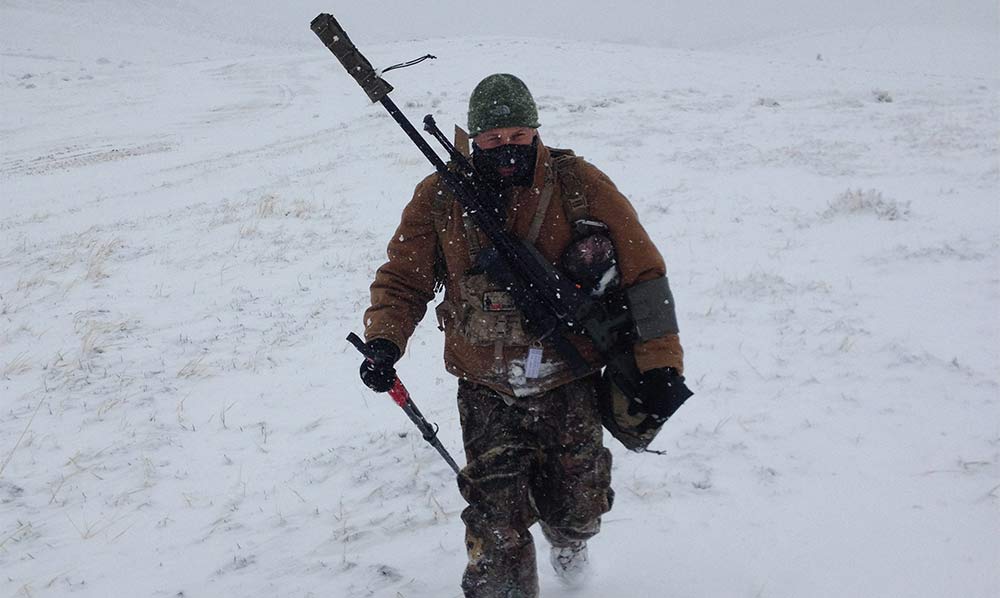 Now that you have a basic idea of what the match consisted of as far as rules and match overview we can get into what unfolded a few weekends ago during the Rocky Mountain Snow Quest (hint as to the weather on day #2). Day #1 was a beautiful day with high temps somewhere in the mid 60’s and 4-7mph winds with the occasional 10mph gust. It couldn’t have been a better day to be hiking around and shooting steel outside Douglas Wyoming. Day #2 was the exact opposite of day #1 when waking up to snow falling and roughly 6-8 inches of snow on the ground with wind gust up to 25mph. Being from Texas this had me kind of worried since my snow experience in the past was limited to building snowmen and snowboarding while on vacation, not trying to range and engage steel targets. After all why would you ever want to go out in these conditions and shoot with all your expensive gear out in the elements, I mean we pay top dollar for this stuff so it’s going to work, right? 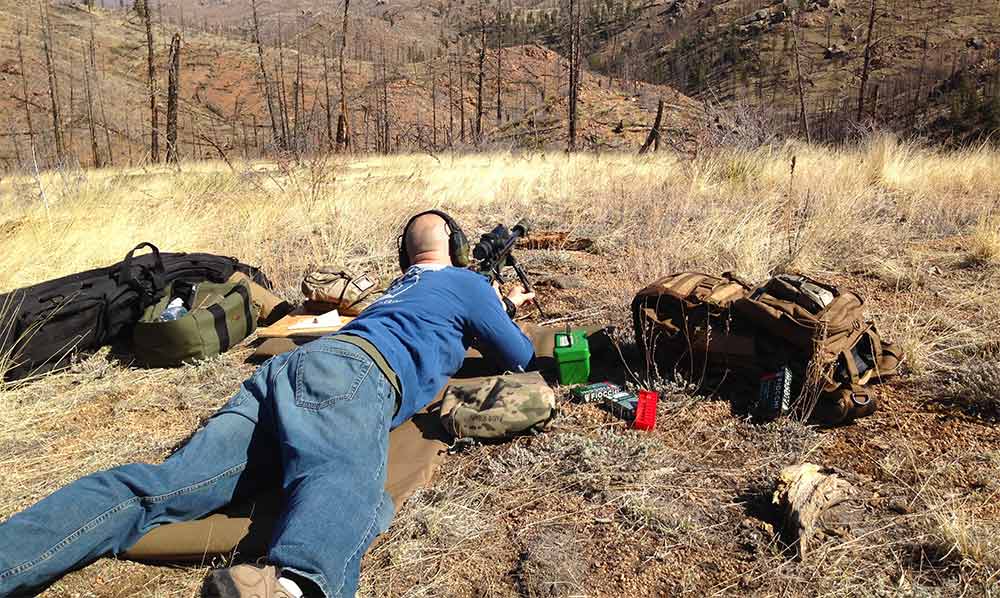 Set yourself up for success-

The one thing that can get any shooter through one of these competitions is knowing his equipment and how to use it properly and more importantly, efficiently. Time management in my opinion is the biggest struggle most shooters face when attending one of these matches. 5mins sounds like plenty of time to locate, range, and engage targets but you would be surprised how fast that goes by, especially when you have people like Ray Sanchez with competition dynamics who is part mountain goat and manages to hang targets where no man in his right mind would go. That’s right, competition dynamics actually makes you hunt for these targets, don’t expect to stroll up to a stage and immediately locate all your targets with the ease of picking up your binos or range finder without really scanning the terrain. Another thing they enjoy doing is placing targets in front of brush or on top of a small crest so you can’t get a good splash indication of where you’re last round impacted so you can make an adjustment to get on target. Having your pack set up so you can quickly remove gear or access different items in a hurry is a must, since you have no idea what shooting position you may be in at the next upcoming shooting stage. The majority of the stages at this past RMSQ could be shot from the prone position but they did have quite a few that had to be shot off of shooting sticks or a tripod.

Having a routine at each shooting station seems to benefit me so when I make it to a stage, I already know what I’m going to have set out ready to be at my disposal. This brings you back to having your pack setup so your key equipment can be accessed quickly once you finish your transit from the previous stage and show up to your next shooting challenge. Like they say, consistency is key with all things long-range shooting. Take the time the night before and ensure you have enough ammo and all the gear packed that you will need the following day to be successful. 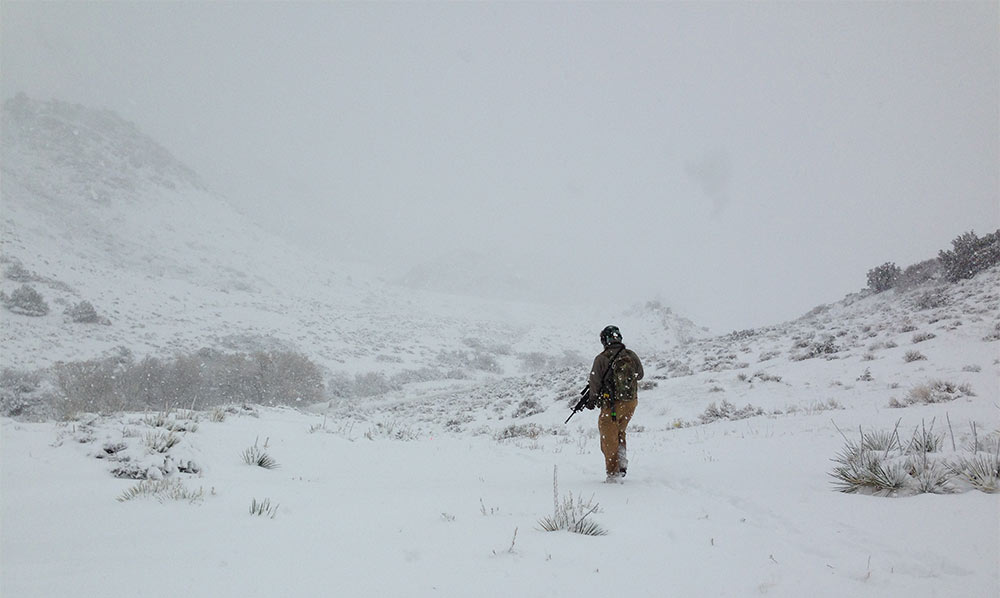 Day #2 began with snow falling which made me realizes something very quickly upon making it to the first shooting stage; that is I don’t train nearly enough in poor weather conditions when it comes to shooting or with my equipment. After all, it’s always sunny and beautiful weather out during hunting season, right? Upon making it to station #1 and getting a stage briefing from the RO I quickly went back to my routine of setting my pack down, pulling my binos out, as well as my trusty terrapin range finder. After locating all the targets with my binos I quickly transitioned to the terrapin for ranges, and it seemed that the snow falling was either playing a trick on my eyes or my terrapin thought every target was either at 37 or 50 yards. This was a major bummer for me since I had never had an issue with the terrapin up until this point, but it seemed like there was no consistency as to when it would give me a reading with heavy of light snow falling. I spent a few minutes in disbelief continuing to push the range button hoping it would give me something to work with. I also ran into a few issues with my binos fogging up when I put them up to face, not really sure what I can do to mitigate this but it was still an issue that cost me time at each stage. My carbine ran flawlessly through the whole competition ever with the poor weather conditions on day two; however several other competitors had issues with bolt guns and other gear similar to my troubles. It seemed the only range finders that did work on day 2 with no issues were a pair of Steiner LRF binos that one of the other competitors was using. Several other guys using terrapins and Leica’s experienced the dreaded 30-50yrd range readings when trying to range targets as well. 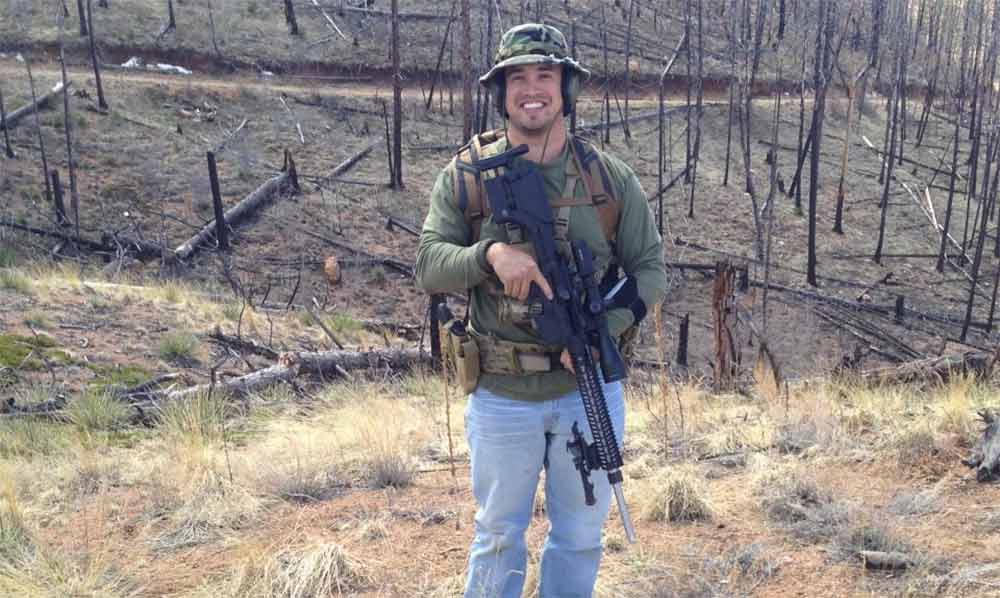 After each competition I shoot in I like to write down my “lessons learned” so I have something to look at before the next competition to try and do better than I did before. There are a lot of really talented shooters that are more than willing to talk to you and share some good real world advice, as well as the guys who run competition-dynamics. Not only will you become a better shooter from attending these events, you’ll learn limitations to yourself and your equipment that might save you some pain and heartache on your next hunting trip or whatever you might use your gear in outside of competition shooting. Step outside your comfort zone and attend one of the competition dynamics events and you’ll be glad you did. Once again the crew at competition dynamics made it another great and safe event to attend!